The tale of John Lewis and my new bag 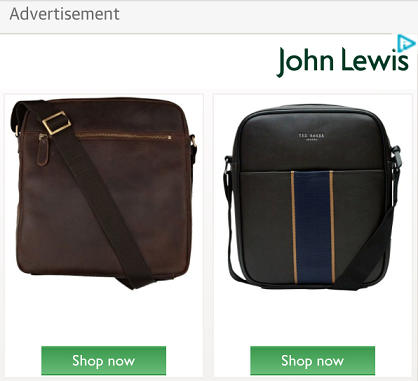 When retargeting loses its way.

Back in the summer, I decided to buy myself a new bag.

Something to carry my laptop, paperwork, chargers and sundry other items around in as I moved between meetings. Something stylish yet practical. Something good quality, but not overly-priced.

I began what marketers love to call my ‘customer journey’ and as with so many journeys, it was somewhat unpredictable.

Indeed, contrary to popular wisdom, I even began it offline.

I started by visiting various retail stores in Brighton to see what was around. I wanted to be sure my laptop would fit, that there were enough compartments, that the material didn’t look cheap, that the straps were strong.

Judgements that are hard to make from just looking at a thumbnail image on a screen.

Rather impulsively, I bought a bag that day from Debenhams and almost immediately suffered buyer's remorse. I returned it shortly afterwards and resumed my journey.

I decided to try John Lewis next since I had been given a gift voucher that would help pay for it. I visited their Oxford Street store in London and spent a while stroking the merchandise there.

I made a mental shortlist and later that day, I checked the John Lewis website on my phone to see if there were any reviews that might sway my decision.

I made my mind up and a few days later, I returned to John Lewis to buy a new Briggs & Riley bag and have been happy with it ever since. And so my customer journey ends. Except it doesn’t.

The next day, whilst surfing on my phone, up popped a John Lewis ad, offering me the same range of bags that I had looked at the previous week. “Sorry guys. Too late”, I mused with a smile.

Over the next week, the John Lewis ads continued to be served to me, thick and fast. “My, they are being persistent”, I thought.

But as the weeks and months went by, the ads kept just coming and my reaction to them became increasingly negative. I received my latest this weekend, many months after I made my purchase.

Now, I realise that to advertisers I exist purely as an ID number, filed away in a box full of cookies somewhere in ad-tech land, labelled ‘in the market for a bag’.

But I doubt whether there are any instructions as to how often I should be seeing these ads or over what duration. It certainly looks that way.

And I also doubt if anyone at John Lewis or their agencies even know that I am still being stalked by these bags, but they should. Apart from anything else, someone, somewhere must be charging them for the privilege of annoying me.

The way in which digital advertising is planned and bought has changed beyond recognition, offering greater efficiencies to all parties in the digital ad stack.

But I can’t help feeling that somewhere along the way, there has been an oversight and someone has been forgotten. That’s right, it's the consumer.

Where is the real consumer insight driving the decision to keep trying to flog me the same bags, month after month? How does this fit in with anyone's customer journey?

At a time when digital advertisers are facing an ad blocker-fuelled backlash against both the quality of the digital advertising experience they provide and their often indiscriminate usage of consumer data, continuing with such mindless retargeting does them no favours.

At what point does retargeting stop becoming an amazing opportunity for marketers to leverage and start becoming a digital irritant to the likes of you and me?

I’m not saying don’t do it. I’m simply saying think about the end consumer and how it impacts on their experience.

We often talk about ‘putting the consumer first’, so why not actually do something about it and build some real-world insight into the digital planning process.

Just because you can continually retarget someone, doesn’t mean that you should.

Meanwhile, my perceptions of John Lewis as a digitally-savvy retailer are being eroded, steadily, systematically, programmatically. One bag at a time. 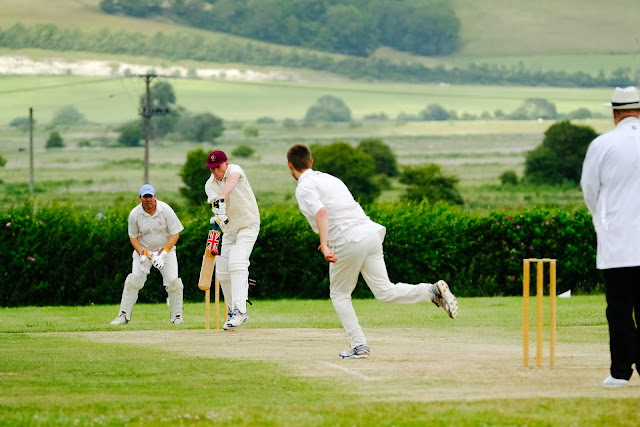 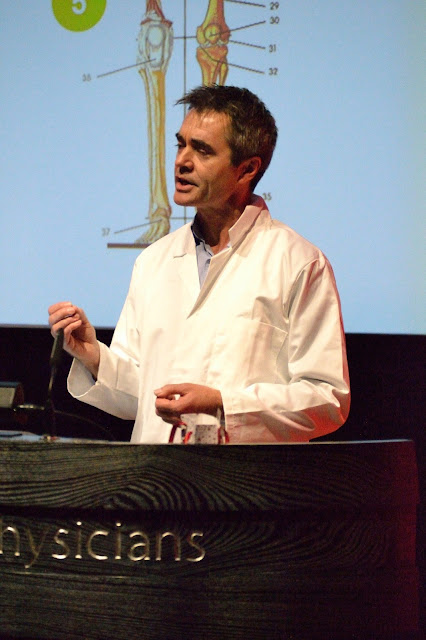